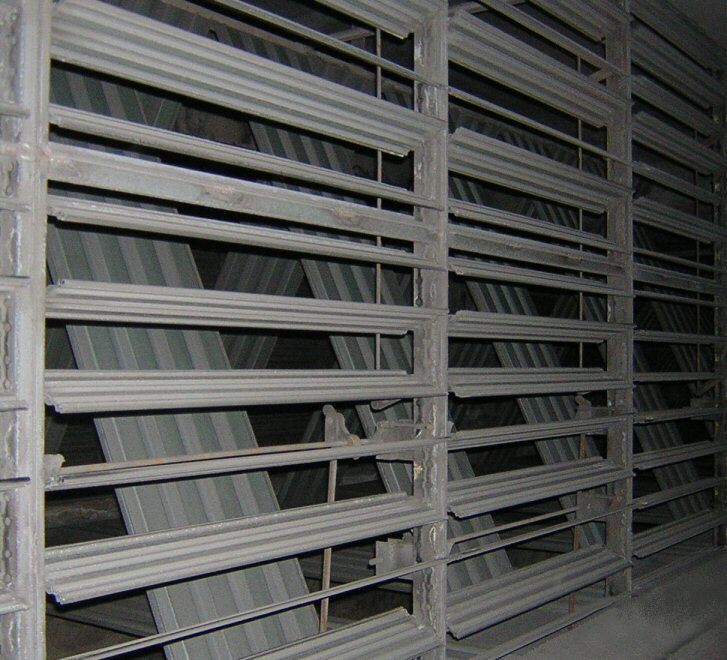 Air dampers like these need to be checked as part of a freeze rounds routine. BMS data isn’t always accurate.

A large Class A commercial building in Midtown Manhattan learned the hard way how important thorough freeze rounds are. An outside air damper that was supposed to automatically close got stuck open before a hard freeze. Since the chief didn’t require his engineers to visually verify that the dampers closed as necessary, it went unnoticed until it was too late.

Now exposed to the cold, a heating coil broke dozens of stories high, causing a significant leak to form and spilling water onto the floors below. Soaking tenant space, this caused over a million dollars in damage that could have been easily prevented.

The very next day, the building’s chief engineer called LogCheck to create a detailed freeze rounds procedure. After getting this procedure in place, which included visual inspection logs of each outside air damper, the engineering team knows exactly when they need to check the dampers and the chief knows exactly when it was done. To be extra safe, the chief now requires his engineers to take a time-stamped photo within LogCheck so he can see with his own eyes that everything is ok. Since doing so, they haven’t had any issues like this and the whole engineering team can feel confident that another won’t happen in the future. With a freeze rounds process in place, this client has avoided costly issues like this.